The Mallorca Seniors Open is in its 26th year and I would like to take this opportunity to talk a little about how it developed into what it is now. In 1995, I organized the team world championships on behalf of the German Tennis Federation. We hosted the Fred Perry Cup, a tournament for men age category 50 and with participants from 3 different nations, in my hometown in Lüchow, lower Saxony.

The event was such a great success that many participants asked me to also host an ITF senior’s tournament. That was the beginning of the Mallorca Seniors Open in the autumn 1995. We had 75 players back then. The tournament kept developing and within only six years the ITF upgraded it from Grade 5 to Grade S-1000. In 2018 the ITF Seniors Committee upgraded the tournament to the highest grade namely Grade A.

In 2003, I organized the ITF world championships for young seniors (35–50) in Hanover. Again, this event was a big success, so much so that then ITF President Francesco Ricci Bitti declared it as one of the best organized ITF Seniors championships he has ever been to. New tennis friendships were formed during this tournament and as a result, we welcomed 550 participants from 30 nations in 2003 edition.

The participant numbers kept rising since we, supported by the tournament hotel and my friend Dino Serra, who offered a prize money of 15,000€ from 2004 onwards. In the last five years, we had between 650 and 850 players from 40 different countries at every event, and it was not a matter of quantity over quality.

The best senior players in the world were competing. Looking at all age categories from the last two years alone we had nine current world champions and ten times the number one of the ITF rankings taking part.

The happiness of all competitors is a result of the excellent work and exemplary organization of the people that make up our event team. On top of that, we are kindly supported by the Beach Club Hotel Font de Sa Cala and Federacion de Tenis Balear.

My team and I hope to host many more tournaments in Font de Sa Cala. 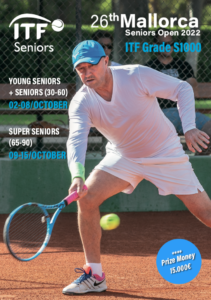 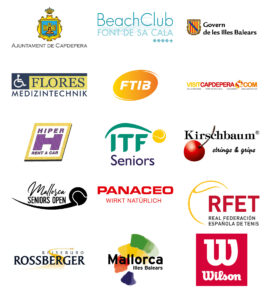